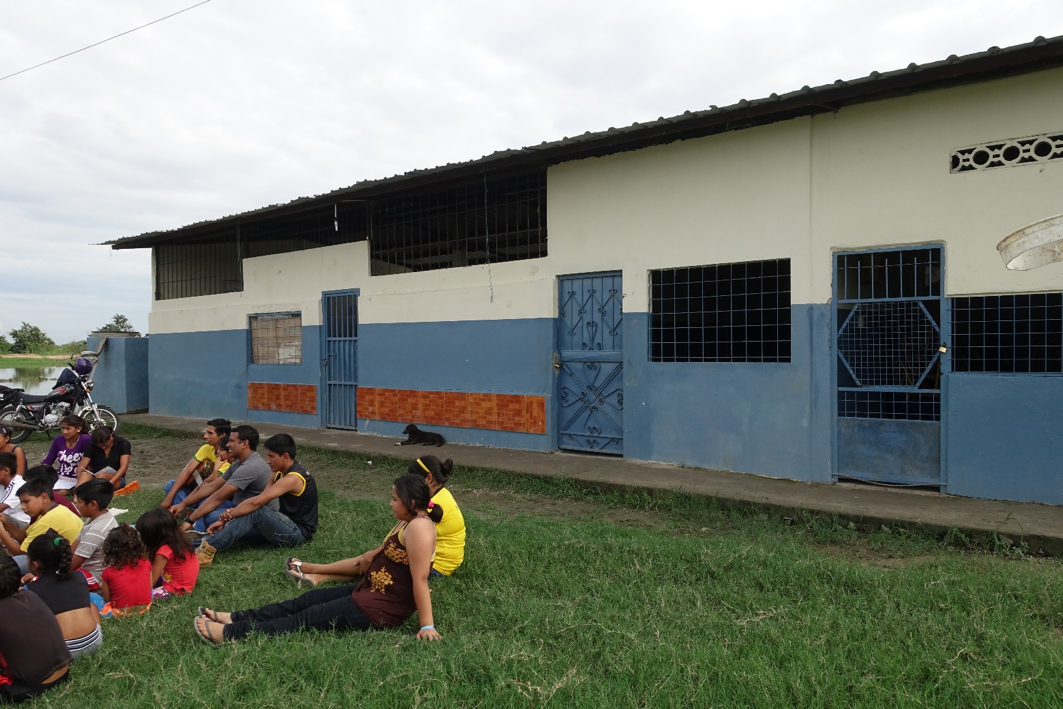 During my stay in the coastal region of Guayas in south-central Ecuador I carried out the research elaborated in my dissertation. During my nearly month and a half stay in Duran, the region’s second most important city after the capital Guayaquil, I stayed in the suburban neighborhood to the north of the city known as El Arbolito, literally “the Little Tree.” Arbolito is a relatively recently formed neighborhood-about 20 years-which, however, bad municipal administrations and the systemic poverty in which the suburban areas of large Latin American metropolises persist, make it “problematic” in several respects today. First, it is a semi-marginal area of the city, which for much of its extent accuses the lack of primary services such as paved roads, municipal aqueducts, means of transportation, and securing of housing. Second, the neighborhood’s petty crime and criminality is known throughout the city of Duran, contributing to the consolidation of a stereotypical idea of its urban fabric.

In my work, I set out to observe the Latin American city-specifically the Conurbation of Guayaquil, Ecuador-through the lens of its music, understood as a set of state of the art, cultural production/exchange, industry, celebration, events, and nightlife. The concept of “music” is to be understood in an artistic sense, but also in a spatial and urban sense, referring to the city: activities, expressions, economies, markets with an artistic-musical matrix and their interactions with urban space. It will emerge that from time immemorial, artistic expressions, and music in particular, mark, change and shape the territories where they manifest themselves: how to channel this intimate correspondence between music and territory? Is it possible to operate from and according to a perspective that embraces its foundations, and stimulates the urban development of a city accordingly? What if the spatial and political sphere of reference is not the European one, but belongs to the global south? Places are distinguished from one another based on their relationship to power and its economic and political extensions (Grant 2018): between my starting context, European, white, and Western, and my context of interest, South American, mestizo, and non-Western, there is and will always remain a large perceptual gap.

The process of on-the-spot observation of the state of the art, its spaces, its community, industry and economy, took place from the scale of the Arbolito neighborhood (micro), to that of the respective city of Duran (meso), to that of the capital city of Guayaquil (macro). Hand in hand with this qualitative observation, a quantitative one took place, consisting of the collection of bibliographical-legislative material, on the urban policies that forms of territorial government have drafted in managing the spatiality of art, with particular interest in those of music. I have divided the collected material into two categories: on the one hand, the artistic-musical, thus testimonies and generic life experiences of local musician/music industry communities; on the other hand, the political-legislative, that is, written documentation, municipal ordinances and/or urban policies enacted by the forms of territorial government regarding the spatiality used for the production and enjoyment of music, between Duran and Guayaquil.

My thesis challenges the questioning of the marginal position of the creative/artistic component of the Latin American city, its social/cultural implications on the urban fabric, and its political impact on it. It is essential to appropriately frame the specificities-often controversial-of the metropolitan realities overlooked by the skies and open wounds of Latin America. What does the presence of spatiality designed for leisure and recreation in the city indicate? Can places where art and culture can be shared be seen as essential to an improved quality of life, in more or less depressed areas of a city? How can art and cultural activities, the industry that governs them, be enhanced in order to stimulate urban regeneration? And first of all, what gives us certainty that we can treat art and culture, in the city, as a need, a product, and a tool and unit of measurement of urban development at the same time? During my 5 weeks in Duran, I tried to answer these questions, observing the local reality and the differences in scale, between Arbolito and Guayaquil.” 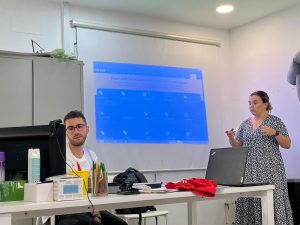 “I left for Malaga in mid-August with an unusual peace of mind. I learned about the possibility of leaving with SIT Global only a couple

October 2019 – March 2020 “I find myself today, after 5 months spent in the heart of East Central Africa, writing about something that, first 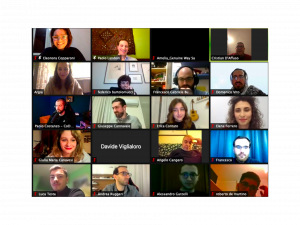 This year’s SIT Community Winter Event was held online. On Thursday, December 17, 2021, cocktail hour, we entered each of the participants’ homes to toast